I first starting school teaching in Papua New Guinea. I was an English teacher in a secondary school, helping children prepare for end-of-school exams. It was a tricky role for a variety of reasons: large class sizes, very few resources (just a piece of chalk usually), and pupils who had a wide variety of levels of English (from next to nothing to completely fluent). In addition, all my training in teaching was based on completely different cultural norms. I realised that some of the teaching methods I had been taught fell flat when delivered in a different context. It was a steep learning curve and I spent most of my first year just running to stand still.

It was in my second year that I found a bit of time to get my head up. I started asking some more fundamental questions about what I was actually teaching the pupils and why. Although the English curriculum content contained some PNG-relevant material, the majority of examples were from Australia or Britain and based on Western and colonial values and culture. I began to question the relevance of what we were studying in the classroom and of my role in teaching the content.

Having observed the previous year’s school leavers, it was also clear to me that many of them left school to go back to their village or remained living unemployed in semi-urban settlement areas. Despite our school being on the outskirts of the second largest city in the country, there were very few jobs around that required school exam certificates. Some of the pupils went on to University, typically to study something practical and relevant – like teaching, engineering or agriculture. What therefore was the relevance of them learning about World War 1 or the British royal family?

During my third year in the country, I was put in touch with some other secondary schools who had started successful rice-growing projects. These schools had re-arranged their school curriculum to focus on sustainable agriculture and self-reliance. They studied the science of the soil, linking the farm economics to mathematics and writing progress reports for English. The overall aim was to provide school leavers with important, useful and relevant skills they could take back to their communities (while still preparing them just as well for exams).

My school joined their project and was completely self-reliant in rice production within two years. That was quite an achievement considering a large expenditure on the school budget had been on Australian-grown rice. In addition, the children were more motivated by their studies. They could see the result of their work in the first shoots of new rice or the harvesting of crops, and they enjoyed a whole-school curriculum that had a joined-up purpose. The project worked because it was developed and owned by the main stakeholders (teachers and pupils), was contextually relevant to the needs of the community and provided skills that were immediately useful to the lives of the pupils.

For the past 10 years I have directed the PE Network for a group of primary schools in Islington, North London. Often – much like my initial time in PNG – I have found myself wondering about the relevance and usefulness of the programmes we deliver. Children’s time at school is precious. There is so much we want to show them, tell them, teach them. In PE, we typically get 40 minutes twice a week. I think of this as I watch children queue up to walk along a bench or stand bored in a playground waiting for a rounders ball to come near them. I wonder whether we could better consider what the children really need. What skills do these children need from PE which can be useful in the communities they will likely live in and the careers and lives they will likely pursue?

Interestingly, in Papua New Guinea, PE was not a school subject. There was no scheduled time for games or physical education at all. Instead, movement was an integral part of every school day for every child. For boarding students, each day began early with an hour of ‘beautification’: Pupils spent time in groups, cutting grass, trimming hedges and trees, weeding flower beds, clearing litter, mending fences. It was hard work, and everyone was involved. (The school site always looked beautiful and perfect. It made it somewhere we all felt proud of and wanted to look after). Later, usually after lunch, all students were involved in farming and agriculture. Again, this was hard work - digging soil, picking fruit, planting seeds. Through these activities, children learned to work together, to be part of a team and they stayed physically fit and healthy. Their purpose for movement was obvious and had a clear impact on the school community. There was no need to educate them about the physical because it was already an integral, essential and meaningful aspect of their lives.

How do we achieve something similar for our communities? Could PE be made redundant by adding purposeful movement to all other subjects? I am not sure to what extent this is realistic within our more sedentary world (although I would love to give it a try!). Instead, I think the answer comes in our engagement with our communities and a better understanding of our unique contexts. Teachers, children and their families are rarely asked to input into what learning and skills are acquired at school. However, PE provides a chance to do just that. By exploring the purpose of PE with the community, schools can develop a curriculum which is meaningful, joined-up, worthwhile and uniquely their own.

What would your children and parents say is the purpose of PE? What core skills should be learnt and taught in order for the community to be a better place? These should surely be fundamental questions to ask in order to deliver meaningful learning.

A Year of Primary PE: 110 games  to support whole-child development from September to July

A must-have for every primary school

This book is a must-have for every primary school. Mark’s passion for PE, grounded in experience, shines through and he offers an alternative approach that focuses on the holistic development of each learner, as well as developing physical skills. Every activity is carefully planned, tried and tested, engaging and purposeful. 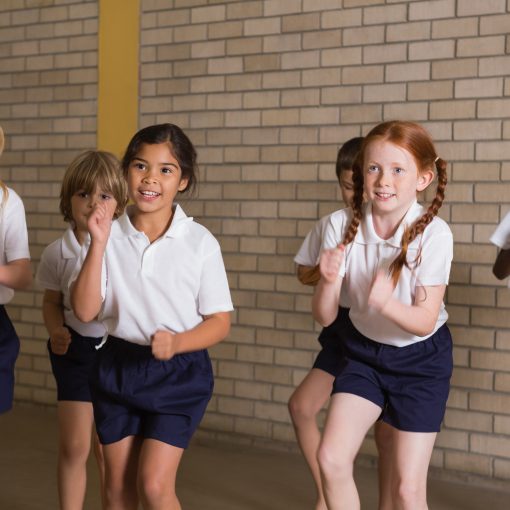 Despite being sport-mad, the only lesson I skipped at secondary school was PE. Along with several others, we would slide through a […] 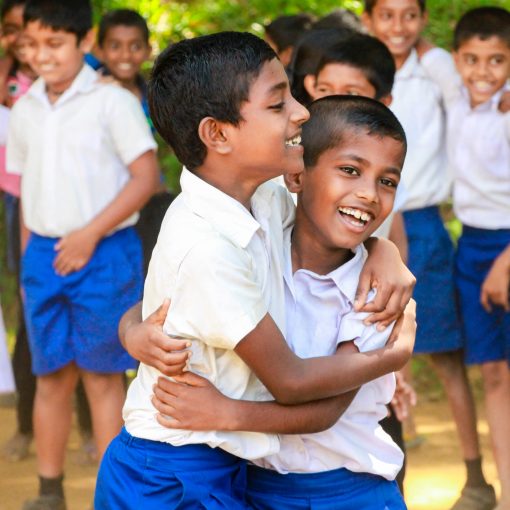 When I was at primary school, the thing we did – over and over again – was Rounders. Rounders was a game […] 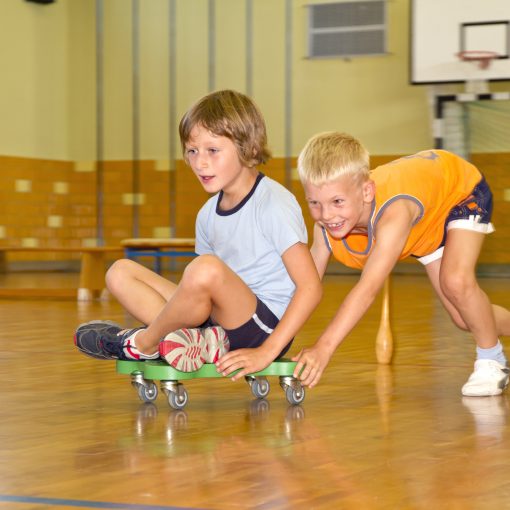 My passion is play, and in particular the joy and connection that happen when people come together to play and move.I come […] 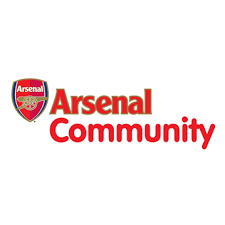 In the PE Kitchen’s first video blog, we talk to Jamie Daniel-Moon, Primary Education Lead at Arsenal in the Community. Jamie and […]